Arrived today, these exquisite frames ooze quality and style as you would expect form one of the worlds leading designers.  As sported by Daniel Craig in the latest Bond file, Skyfall, these fabulous frames are exclusively available at Jones & Jones.

Born in Austin, Texas and raised in Santa Fe, New Mexico, Tom Ford is among the most highly respected and successful designers today. The winner of numerous design awards, his rise in fashion began in 1994, when he became creative director of Gucci. Not only did he dramatically change the image of the legendary fashion house, he also led the company to unprecedented success with his visionary insight into what the modern consumer desires. His innovative and provocative designs set the tone for an entirely new direction in the world of luxury goods. In 2000, Ford also took creative control of Yves Saint Laurent, a Gucci Group brand, reviving it with his trademark combination of sensuality and mystique. 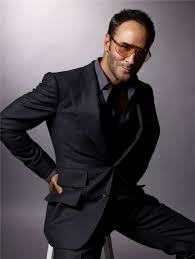 In April 2005, one year after leaving Gucci Group, he announced the creation of the TOM FORD brand. A beauty and eyewear collection launched in 2005 and 2006. In April 2007, his first directly operated retail store opened in New York at 845 Madison Avenue to coincide with the debut of the signature TOM FORD Menswear and Accessory Collection. Several landmark fragrances were launched in succession, including TOM FORD BLACK ORCHID and TOM FORD GREY VETIVER, as well as a scent collection for perfume connoisseurs called PRIVATE BLEND.

In 2009, Ford directed, produced and co-wrote his first feature film entitled “A SINGLE MAN” through his film production company, FADE TO BLACK. The Oscar nominated film has received multiple awards including the 2009 Best Actor award for Colin Firth at the Venice Film Festival.

In February 2011, the TOM FORD Womenswear Collection was introduced to clients worldwide. A potent vision of modern, feminine glamour, its exquisitely constructed and beautifully finished suiting, daywear, and eveningwear allow women of all ages to amplify their individuality and present their most glamorous selves to the world.

Back by popular demand, this iconic brand is well known for their innovative eyewear designs and high quality materials.  As with most luxury designer goods, the eyewear is mainly crafted by hand.   It can take up to 14 weeks to produce just one designer frame.   This is why luxury goods are so valuable.  From the process of inception to production can take up to 12 months.   There is much thought, care and detail that goes into producing designer eyewear which is usually reflected in the price and quality.   People can be guaranteed that when buying Diesel eyewear they are receiving high quality goods that are quality tested before distributed.

Diesel is a fashion industry legend. A pioneer in the world of denim and casual wear, it has always remained both outside and ahead of trends.  Never forsaking its original DNA, it has evolved into an iconic global lifestyle brand.

Despite Diesel’s extraordinary growth, its philosophy is the same as when Renzo Rosso created it in 1978.  He envisaged a brand that would stand for passion, individuality and self-expression.  Today, Diesel continues to blaze its own trail.  It is on a continuing mission to challenge the status quo, experiment with new ideas, innovate and provoke.

In fact they have arrived! Only unveiled at the recent Optrafair trade show last month, we are pleased to announce the arrival of the first STORM eyewear collection for 2013.

Originally known for their watches, STORM are now expanding into other areas off fashion with their own unique style.  Here’s what they have to say about themselves:

STORM is a statement of the future. Worldwide, the STORM brand continues to challenge expectations of inventive design.

STORM’s unique creative ethos began in London in 1989, specialising in innovative watch design. As STORM approached the new millenium the range expanded to include jewellery, eyewear and clothing. Today the collection also includes bags, wallets, umbrellas and recently STORM launched perfumes for him and her. More accessories are planned for the future

STORM believes in the cult of individualism. From stylish sports to bold fashion statements, the STORM range combines unique features and gadgets with a wide range of colours and shapes.

STORM continually seeks stimulation for new challenges in design. STORM’s team of dedicated designers take inspiration from the world around them, combining unconventional materials together with precision instrumentation.

The distinctive STORM range evolves continuously with the creation of designs to challenge consumer expectations and provide individuality. Each design is unique, it is given protection by intellectual copyright and design right. Only genuine STORM products carry the official product seal.

STORM timepieces are highly sculptural and almost architectural in shape and form. STORM continues to be a pioneer in the quest for individual style and is now coveted around the world.

Newly arrived this week is the new ELLE eyewear 2013 collection.  With 44 editions in the world and 21 million readers worldwide, ELLE is the reference in fashion, trends and news throughout the world. 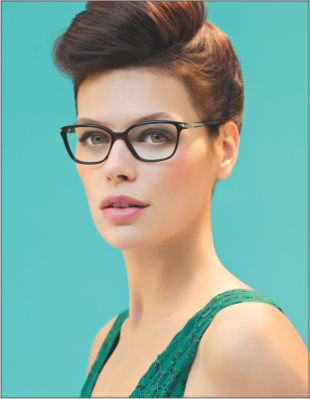 That special relationship with independent, young and openminded women around the globe has been developed into a collection of licensed products distilling the unique ELLE style, made of femininity and modernity, in clothes and fashion accessories sold in more than 80 countries:  Women and kids apparel, sportswear, beachwear, underwear, handbags, home decoration, jewelry, watches, shoes and eyewear.

Style, creativity, intelligence and individuality are the hallmarks of the ELLE woman.  She is a busy professional who likes to look attractive but not overstated.  She is trendy – but not showy, sexy – but not gaudy.  She is a fashion passionate and highly adventurous, but cleverly chooses what suits and fits her best ensuring that she always stands out from the crowd.

The ELLE eyewear is inspired by the chic French heritage, urbane philosophy and style finesse of this illustrious fashion brand.

The new season 2013 Givenchy frames have just arrived, and WOW, their fabulous!

The new frames, most of which are acetates, give a contemporary twist to popular shapes of the past. Temples are decorated in a particularly rich fashion, featuring treatments and printed patterns that recall the typical themes of the brand’s fashion collection, such as leather, animal-print patterns and textures of metal chains. The must-have detail of the season is velvet, which fully covers the front pieces of some of the most refined styles. The stars of the color palette are classic and timeless nuances such as black, havana and ivory, and also brighter shades such as green and deep purple.  All produced to top quality standards as expected form this leading design house.

Why not pop in and try a few for yourself?

Our stock of New Carrera Frames arrived today!  This classic 1960’s brand has recently been reinvented and we love it! The modern use of colour and original designs make the new optical eyewear collection both reassuring and completely ageless.  The exclusive use of  hand-polished Carrera acetates, with little metal studs providing a distinctively stylish notes, unisex glasses expressing a retro personality in rounded 1960s style, easy-to-wear at its best.  Here’s what they say about themselves:

It costs nothing to make a wish! The young “CARRERA generation” knows that there are no wishes that cannot come true, but only wishes that have not yet come true. They live their life to the fullest because anything can be tolerated except regrets over things left undone, words unsaid and love undeclared.

Live, be free, have fun, follow your ambitions and believe in impossible love and, in the end, lose yourself; because wherever we may end up, we will make it a great place. With no regrets.

Wearing Carrera is a unique, unmistakeable adventure in itself. Are you ready for a new collection fully interpreting the Carrera generation of dynamic, determined dreamers? With the watchword “After all, no regrets”!

Back by popular demand, we have just had the new stock of Police ophthalmics arrive today.  This iconic brand doesn’t need any introduction, why not call in and find the pair to suit you?? 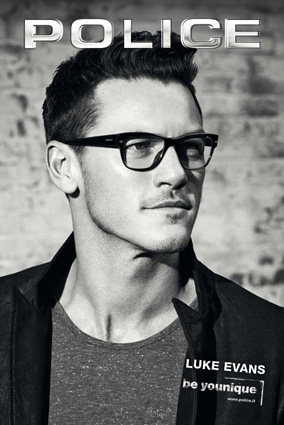 Founded in 1983, Police stood out immediately as a brand with distinctive autonomous qualities; it entered an already crowded market though soon began to be loved and appreciated worldwide for its decisively underground feel. It stood out with its street style and amazed the general public with its blue lenses that appealed to everyone; this is where the long and extraordinary history of Police began, a brand that has been superbly represented over the years by icons of the showbiz, fashion and sports world, all having something in common, namely the uniqueness of being unique.

This is how the Police myth developed, not only a pair of glasses but a lifestyle, an icon for many, a wide-ranging lifestyle identity which now includes perfumes, watches, jewellery, small leather goods and clothing.

The brand’s style is aggressive, with an urban, metropolitan vocation. The brand’s designs are meant for a young and adventurous, independent and rebellious target. Non-conformist. Narcissistic, even a little hedonistic, the brand’s target loves breaking the rules and identifies itself only with a community: that of the fans of Police glasses.

They’re finally here, after a long wait due to stock problems that majority of the 2012 Givenchy frames have arrived this week.  Was the wait worth it? Most definitely: exquisite, chic design and top quality as you would expect from this leading design house.

Research into design and refined materials are the key features of the new Givenchy eyewear collection, developed under the creative direction of Riccardo Tisci.  Rich in high stylistic content, the Givenchy eyewear collection expresses a bold and alluring femininity that is in line with the spirit of the French Maison, presenting retro opticals that draw inspiration from prêt-à-porter themes.

Givenchy, founded in 1952 by designer Hubert de Givenchy, is an international

luxury brand known for its haute couture, ready-to-wear collections for men and women and fashion accessories. Its iconic little black dress became a rage all over the fashion world after Hollywood actress, Audrey Hepburn wore it in the old classic, “Breakfast at Tiffany’s.”

Since 2005, Riccardo Tisci has been appointed Artistic Director of the women’s haute couture, ready to wear and accessories collections. In 2008, his contract was renewed, expanding to menswear and its accessories. Aristocratic and distinctive, sober and mysteriously sensual, he has tenaciously built a coherent, modern universe at Givenchy, firmly anchored in the company’s illustrious heritage, but determinedly forward-looking.

In our quest to find new, fresh and innovative frames to stock, we stumbled upon these fabulous rimless designs from Zuma.  They are a small but rapidly expanding London design house, we were blown away by the quality and attention to detail these guys have.  Plus it’s great to be able to support British design and manufacturing.

Zuma is the essence of London inspired eyewear design.  Concepts created by exciting new designers from the Royal college of Art and the London Institute of Art working closely with Optical professionals and product engineers, we always aim to deliver fresh exciting designs with a chic appeal.

Zuma means balance, and balance means Zuma.  At the centre of our design core, in our designer DNA, is the aim to balance the excitement of bold and the bright with the clean and classic.  The culmination is the delivery of frames that enhance the face with comfort and style.

Just arrived this week, the 2012 range of beautiful frames from Ghost.

Synonymous with luxurious feminine style Ghost Eyewear comprises an exquisite collection of individual and beautifully detailed eyewear pieces. A distinguished brand with a strong English heritage the models are tailored to flatter and display a high quality finish.

With contemporary flair the range creatively blends shimmering metals and high gloss plastics, producing a seductive selection of styles. Carefully composed at every stage a Ghost frame is delightfully and appropriately presented with elegant co-ordinated accessories.